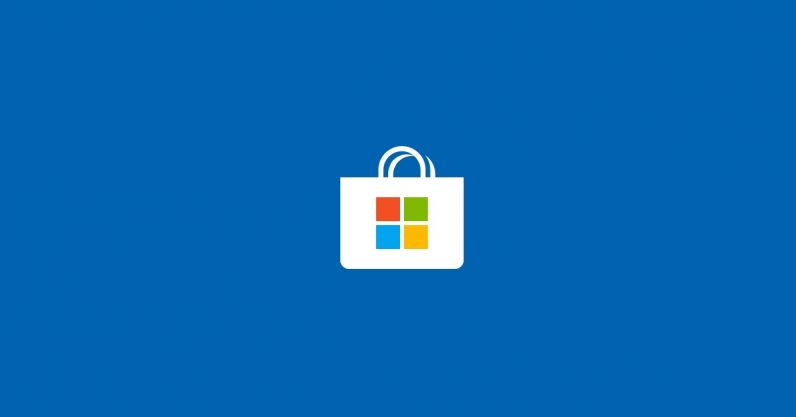 Microsoft’s app store for Windows has become a fairly impressive library of software for users, and we want our readers to go into the new year with apps that will make their PCs just that much better. To that end, we’ve compiled a list of some of our favorite apps from the Microsoft Store. Some came out this year, while a few are slightly older, but they’re all pretty great.

We’re going to assume, if you’re here, you already have the basics — Microsoft Word, a Twitter client, the Xbox app. But there are a huge amount of apps available on the Store you might not have seen. The Windows Store unfortunately suffers from “haystack” syndrome: there are so many apps on the store (many of dubious quality) that it can be hard to find the ones that will actually benefit you and your life.

Not here exactly, but on our new hardware site Plugged.

So here’s a list of some must-have apps from the Store, both for those who use Windows for work, and those who use it at home. Not all of these apps debuted in 2018, but we think they’ll be perfectly suited for Windows users in 2019.

Let’s start with some of Microsoft’s own apps. You can find to-do apps aplenty on the Windows App Store, so it can be hard narrowing it down to one which best suits you. We like Microsoft To-Do the best for its clean interface and easy-to-use lists. It’s not particularly fancy or feature-rich, but nor does it have the learning curve of some other apps in the same category. Microsoft To-Do also uses “smart suggestions” to find the items on your list it thinks are the most important, putting together a daily list for you.

This is a pretty old and basic app, but it just got 10x better this year with the addition of new color options, including a pseudo dark-mode that lets you get some kickass charcoal-colored stickies on your computer screen. Also, they’re just a great option for short-term notes and memos — basically everything physically stickies are for. You can keep your notes in typed or written form (the app supports the use of the Surface Pen) and they can be synced across multiple Windows and Android devices.

Another of Microsoft’s homegrown apps, Whiteboard launched earlier this year. As with the Sticky Notes, it serves the exact same purpose as the physical item of the same name: it’s a space for groups to collaborate on projects. You can draw on it, place stickies and notes, and import pictures and texts. It’s good for professionals, obviously, but I can see it having some uses in the civilian sector as well, particularly for a group of hobbyists or for some families who really love visual elements in their planning. Whiteboard will also eventually be available for mobile devices.

And the last of our in-house apps, OneNote is Microsoft’s answer to a paper notebook. There are plenty of note-taking apps out there, but for our part we enjoy the ease of OneNote and how it syncs with the rest of the Office suite of apps. You can use it as a light word processor, and you can also draw and take handwritten notes, or add various attachments to augment what you’ve written. Until the likes of Bear show up on the Microsoft store, we’ll stick with Microsoft OneNote for the time being.

Amazon launched the Alexa app on the Microsoft Store just last month. Its voice assistant is just as chirpy and useful as she’s always been — and now users can put her skills to the test using their PCs. If you have a microphone on your computer and an Alexa device, you can do everything from setting up new music playlists to controlling your smart home. PC-specific controls won’t be available until next year, but Alexa fans should be gratified by the version of her that appears in the app store.

Fitbit already has a Windows app that lets you access the stats recorded via your wearable, but not an app you can actually use to assist your work out. Then, earlier this year, it launched a dedicated app for Fitbit Coach, which guides you through the workout of your choice. Even better, it’s available for both Windows 10 and Xbox, meaning you essentially have a Microsoft version of Wii Fit on both your computer and gaming console.

iTunes itself isn’t new, obviously. But the app for Windows only launched earlier this year, despite Apple having promised it some time ago. It has all the functionality you’d expect Apple’s music library, and iPhone users will appreciate having their libraries in app form on their PCs as well. While it’s not exactly a replacement for the likes of Spotify, it’s still nice to have your Apple Music on hand.

The other great music app we’d recommend from the Microsoft store is Amazon’s standalone music app for Prime and Music Unlimited subscribers (the app is free, but you do need to pay to use the services). The main benefit of the app is that it can be used to play music via Amazon and music you have on your PC. Launched in April, the app is now available on Xbox One as well, for those who want to play music while they game.

If you live in an area with heavy storms (or, in my case, tornados) and you want to be able to keep track of weather data, the tried-and-true Weather Radar Pro might be your best bet. It includes a wealth of information, probably more than anyone besides a meteorologist will ever need, and the radar is as clear as any you’d find on TV. As an alternative for those of you who’re really into watching radar and storm data, there’s RadarScope, which was released earlier this year. As it commands the princely price of $29.99 and is mostly for a niche audience, we couldn’t recommend it straight. But it’s still pretty cool.

This one’s a tiny bit of a cheat, since it’s an Edge browser extension, rather than an app onto itself. But it’s available on the Microsoft store, so to heck with it…it counts. Specifically, this extension can convert most websites into Dark Mode. It’s not perfect and doesn’t work well for every site, but when it does work it’s gorgeous. No, not all of us here at TNW like Dark Mode — believe me, we have regular fisticuffsover it — but if you’re like those of us who do, Night Eye is great for giving us that little extra bit of darkness in our lives.

For photo-editing software on PC, it’s hard to top Adobe. Their express app offers a respectable number of tools, considering it’s free. For casual photographers, who want to give their pictures a quick brush-up or apply a cool filter, Express is a good app to have. If you need some serious photo-editing chops and are willing to shell out a lot of money, Adobe’s released the latest edition of Photoshop Elements to the Windows store earlier this year, which will set you back a whole $99.99.

While this sketchbook app, with its gorgeous controls and brushes, has been around for quite some time, it went completely free earlier this year. Now, instead of having to pay to unlock certain features of the app, you can enjoy the entire thing. While it’s available for any Windows 10 device, it undoubtedly works best with a stylus and touchscreen — it’d be ideal for Surface Go owners, for example.

No matter what, a PDF reader is a must. There are a number of those available on the Windows store as well, Sumatra PDF is probably the most fuss-free out of all of them. No goofy, technicolor interface or unnecessary buttons here. And besides PDFs, this open-source app can handle a number of other file formats, including some you rarely hear about. (When was the last time most of us downloaded a DjVu file?) Like the best free apps, it does exactly what it says it will do and doesn’t bulk its product up with any unnecessary junk.

The speed of a PC is often a mark of pride, and Ookla’s Speedtest is essential for those who want to be able to test it on the fly. The app works exactly as it does in your browser, or in the Chrome extension: it tests your connection to see how fast or slow your upload and download speeds are. It’s not an especially complicated app, but if you’re someone who regularly needs speed on your Microsoft device — say, for example, you regularly stream music or download a ton of music — then this app will help you make sure you get it.

The desktop app for this popular corkboard-style project management tool launched late last year, and it’s only gotten better since then. The interface is exactly the same as it is on a browser, and it’s got a number of useful keyboard shortcuts that you can use to add cards to your boards at any time, even if the app’s not the active window.

Currently there’s no official YouTube app for Windows, and there are a number of free and unofficial clients of varying quality. The one which sets the standard is probably myTube, which is a clean, simple YouTube client that lets you watch videos even while you have other apps open. It does have a few pitfalls but it’s overall one of the easier apps to use, at least until Google wises up and releases an app of its own.

Nobody should be without a decent news app, and Flipboard is one of the best ones out there. It aggregates your news sources and allows you to flip through them at your leisure, as the name suggests. There are other news aggregators on Windows, but I still haven’t found one that topped Flipboard in ease of use — and it’s great to see have an app that syncs on both my PC and my iPhone.

An oldie-but-goodie, Duolingo is the go-to app for those looking to learn a new language. While the mobile apps are all well and good, there’s nothing quite like having lessons at your fingertips to help keep you on the multilingual path. Considering it’s free, it just can’t be beat for learning languages on the cheap, and the interface on the Windows app is just as easy to use as the mobile apps.

If you’re a fan of Reddit, you’ll know how difficult it can be to find an app that doesn’t make it look ugly as sin. ReddPlanet thankfully fixes that by allowing you to customize the app to your liking, and just generally being easy on the eyes. It’s not perfect — for example, if you have more than one Reddit account (I have four), you’re out of luck as the app only supports one account at a time. But in general it’s a great way to browse Reddit until we get an official app.

For photo-editing software on PC, it’s hard to top Adobe. Their express app offers a respectable number of tools, considering it’s free. For casual photographers, who want to give their pictures a quick brush-up or apply a cool filter, Express is a good app to have. If you need some serious photo-editing chops and are willing to shell out a lot of money, Adobe’s released the latest edition of Photoshop Elements to the Windows store earlier this year, which will set you back a whole $99.99.

Let us know in the comments if you think we missed any great apps.

Why LG is saying goodbye to its smartphone business

What is the ‘police Bill of Rights’ and why is its...

LeVar Burton pitched himself as the next ‘Jeopardy’ host and wow...