Samsung was the first major smartphone manufacturer to unveil a foldable device, all the way back in February. After a couple of setbacks, the Galaxy Fold is finally ready to steal the show and give us all a nerd boner.

For the uninitiated, the Samsung Galaxy Fold began shipping in April but the first batch itself was plagued with hardware issues such as a flimsy top protective layer, and gaps in the hinge that would let dirt get lodged under the display and damage. Samsung was quick to issue a blanket recall and delay the shipment of the remainder of the units. 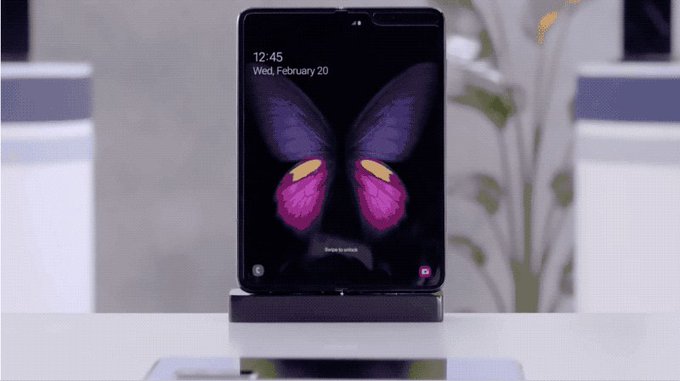 89 people are talking about this

But months passed by, and there was little communication from Samsung about the fate of the Fold and whether it will rise back up some day. There were occasional murmurs about Samsung having narrowed down the issues, followed by a phase of testing and developing the next batch of the Galaxy Fold.

There was still a fair bit of vagueness around the matter, but to ease our anticipation, Samsung held a press conference in Korea where the CEO DJ Kho talked about why the Fold was rushed before it was even ready and how that snowballed into a disaster. They revealed that the Fold was almost ready with numerous testers ensuring that it doesn’t go the way of the Note 7. But even after that announcement, a launch date was nowhere to be found. All we got was the confirmation that the Samsung Galaxy Fold was nearing its second wind.

After what seemed like weeks of waiting, this morning, Samsung finally broke their silence on the topic and went on to confirm that the Galaxy Fold is ready for launch, and will ship in September. In this ‘first’ wave of shipments, countries such as the U.S., South Korea, Germany, France, the U.K. and India will get to experience the Fold.

They even went on to clarify what specific changes they implemented and improved upon. The top protective has now been extended to the very edge of the front panel to not look like a screen protector or come off. The hinge along the spine will now be less prone to external elements thanks to additional reinforcements and protection caps.

The Samsung Galaxy Fold was supposed to be at the forefront of this movement where smartphones are not limited by their physical dimensions and can offer immersive experiences that are literally bigger than their physical footprints. The Fold will soon be followed by the Huawei Mate X, also expected to take to the stage in September.

Apple might bring back MagSafe to MacBook Air, too

The iPhone SE is once again available from Apple — for $249