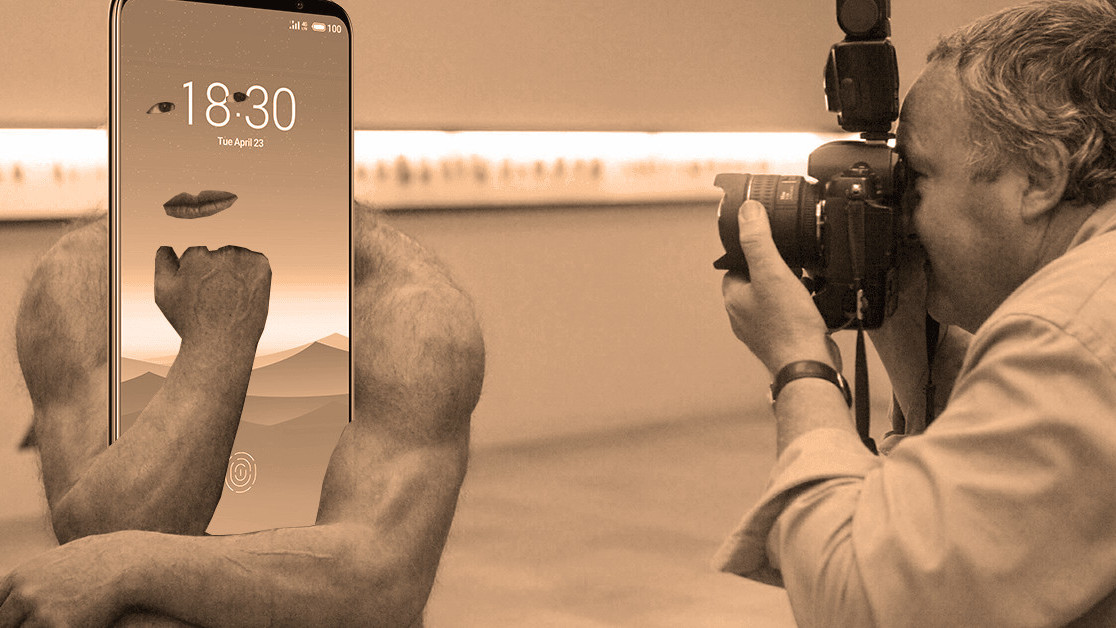 Phones these days are about the notch. With edge-to-edge displays all the rage, companies are defined by how they deal with the front camera – leading to things like huge notches or the infamous punch-hole design. Well, with its 16s flagship phone, Meizu is doing something (slightly) different: going old school and actually having bezels around the screen.

Does it work? Well, it definitely doesn’t look like an ancient piece of tech…

…but those bezels certainly don’t make the Meizu 16s seem super modern. Is that fair? Probably not.It seems that Meizu is focused on single-handedly keeping bezels alive, as it went with the same approach for 2018’s 15 series. Hell, they even featured in the Chinese company’s experimental Zero phone (remember the “holeless” device?) that was announced earlier in the year.

What about the Meizu 16s’ specs?

Generally, pretty good. Let’s whack them in some bullet points, as those are easier to read and we’re lovely:

There are a couple of other cool things I like about the Meizu 16s. The in-screen fingerprint scanner has (supposedly) had its recognition speed increased by “100 percent,” meaning faster unlocks. And Meizu has also boosted the phone’s “unlocking success rate with wet hands by 30 percent.” Whether that makes much of a difference, only time will tell.

In regards to storage, the Meizu 16s comes with three different options:

Alongside this, it comes in three different colors: white, black, and blue. Or, if you use Meizu‘s terminology, Pearl White, Carbon Black, and Phantom Blue. Fancy.

So what’s the conclusion?

Of course. While the Meizu 16s is a flagship, it’s priced much more like a mid-range phone. This means it’s not competing with Samsung, Apple, or Huawei flagships, instead its competitors are more like OnePlus.

Whether or not you like the Meizu 16s’ design is down to personal preference. Personally, I don’t mind the notch, but there are plenty of people who’d rather jump in a volcano than embrace them. If that’s you, then this might be your kinda device.

On top of that, the 16s’ specs are good for the price, but aren’t earth-shattering. Also, focusing too much on specs can be misleading – souped-up insides don’t always means a great performance.

Who’s this for then?

Basically, the Meizu 16s seems like it’s going to be a solid mid-range phone that appeals to people tired of the notch wars. We’re going to reserve much more judgement until we get our hands on it though.

You can pre-order the phone now, and it’ll go on sale on April 28. Make sure you stay tuned to Plugged to catch the review when it comes out.

Netflix Renews ‘You’ For Third Season. Here’s What We Want To See Next!

Partying Americans just got a reality check from the coronavirus