And even more are already cameras are their way.

This year has been one of the more eventful years for the phone industry. There’s all the hoopla about 5G phones, such as Samsung’s new Galaxy S10 5G. Support for 5G will be limited in 2019, but it should be more widely available in 2020. Foldable phones, such as the new Galaxy Fold and the Huawei Mate X, made headlines, but that too will require a couple years to develop seriously if it wants to take off with the masses.

One thing we will see for certain are a lot of phones with triple-rear cameras. The launch of the Galaxy S10, LG G8 and Xiaomi Mi 9, along with numerous rumors about the next iPhone, point to this trend growing. Even though Apple, Samsung and others aren’t the first to add three cameras to the back of a phone (that would be last year’s Huawei P20 Pro, and the LG V40 has them, too) the fact that some of most the popular phone-makers are embracing them, or plan to, will surely ensure widespread use.

And it might not stop at three. The Galaxy S10 5G will have four rear cameras, although one is a 3D depth-sensing camera for better portrait photos and AR. There are rumors that the upcoming Huawei P30 Pro will also have four on the back. And don’t forget HMD launched the Nokia 9 PureView that has five rear cameras, while the camera company Light showed a phone prototype with ninerear cameras. But let’s just focus on three for now.

It was just last year when I noticed that phone-makers were adding cameras to phones the way companies add blades to shaving razors, and at this point you may be wondering why this is happening in the first place.

There are several benefits to having three cameras on the back. The primary reason is the ability to switch between different focal lengths quickly. It is similar to a three-lens turret on an old Bolex camera that allowed you to change lenses simply by rotating the turret.

Here are some other ways phone makers are using or might use three rear cameras.

Phones rely on digital zoom to punch-in on a moment and the results often look like the soft garbled mess from a child’s watercolor painting. Dual-rear camera phones like the iPhone XS and Galaxy Note 9 have 2x optical zoom to yield better image quality when zoomed in.

Last year’s LG V40 had three rear cameras offering a wide angle, telephoto and ultra-wide-angle views. But the V40’s image quality from all three cameras was not on par with each other. To be clear, even the wide angle cameras on the iPhone XS and Galaxy Note 9 produced better results than their telephoto counterparts.

What we haven’t seen yet is a phone with a wide angle, standard angle and telephoto lens. The Huawei P20 Pro and Mate 20 Pro have three rear cameras, one of which is equivalent to an 80mm telephoto full-frame lens. But that setup only offers 1X and  3X optical zoom, with digital zoom being used for everything in between.

But it seems possible a phone could offer 1x, 2x and 3x optical zoom. For example, the two rear cameras on the iPhone XS are roughly equivalent to a 26mm and 52mm full-frame lens respectively. If next iPhone does have three rear cameras and Apple added a 78mm camera that would afford the desired hat-trick of optical zoom. This would be like having a 24-70mm zoom lenses in your pocket — a popular lenses for interchangeable lens cameras that’s the size of a water bottle.

But with rumors circulating about a P30 Pro with quad rear cameras, it’s interesting to guess how Huawei would use these cameras. Could it be a standard and telephoto camera each with a matching black-and-white camera for better detail? This would help the aforementioned image quality issues that plague phones with multiple cameras.

Could Huawei opt for an ultra-wide-angle, wide angle, standard angle and telephoto camera setup instead? Or do they keep the already established three-camera setup and add a depth-sensing camera for AR like the upcoming Galaxy S10 5G?

Perhaps my favorite phone camera for taking photos is the Google Pixel 3. It has a lonely single rear camera on its back and proves that more cameras don’t necessarily correlate to a better picture.

The Pixel 3 uses a combination of software algorithms, AI and machine learning to transform photos into something much better. Through this process it can takegreat photos even using digital zoom, as well as fantastic low-light shots.

With Google as a big-name outlier to this triple-camera trend, we still don’t know exactly where the industry is going with this technology. Google’s software magic can win out, and empower other companies to scale back their multiple camera-lens frenzy. Or Google can just hop on the bandwagon and improve on it even further with its combined software power and additional cameras.

That’s something we’ll have to wait on. Until then, brace yourself for more triple-rear camera phones to be announced. After all, MWC, the world’s biggest trade show about phones, kicks off today.

Google’s cheap Pixel 3a is sold out and discontinued 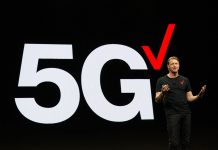 Verizon decides Facebook doesn’t need its ad money after all

Galaxy Fold relaunches in September, but it’s not the only foldable phone coming

With Magic Leap, your entertainment may get real weird real quick

Microsoft Surface Duo Isn’t Meant To Be A Galaxy Fold Competitor: Here’s Why

4chan trolls reportedly behind part of the Iowa caucus chaos

8 popular Disney movies on Netflix that you can watch right...